During Trump’s travel ban, many compared the situation to the 1939 St. Louis liner, a ship carrying 900 German Jewish refugees who were denied entrance into America and were then returned to their eventual deaths. And today’s challenges, with more than 65 million displaced people worldwide, raises strained historical echoes of World War II and the Holocaust.

I reached out to Tucson artist Lisa Mishler, daughter of two Holocaust survivors to get her perspective on escaping a war-torn nation. I was also curious how she felt about the ban that shook up the country, to say the least. 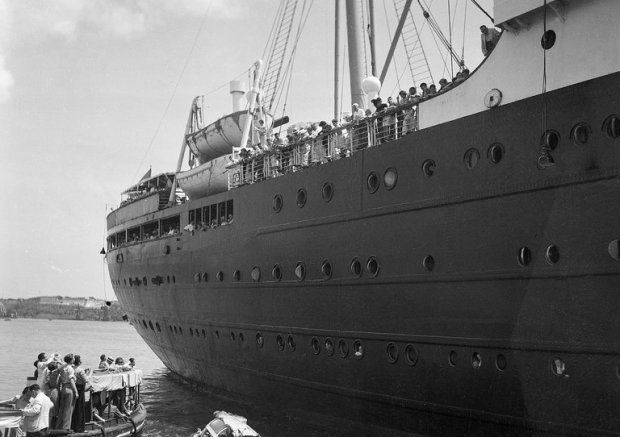 Mishler is the daughter of Zalman Ber (also known as Sol) and Luba, two Holocaust survivors who came to America at the end of WWII. Before they died, Mishler took on the task of transcribing recordings of her father’s stories. Her goal was to document and chronicle how her parents escaped a concentration camp where only five out of 20,000 people survived. Everyone else in their family including her older brother was killed.

Her efforts resulted in the publication of Zalman Ber: The True Story of the Man the Nazis Could Not Kill. The book captures how Sol and Luba survived the Nazi liquidation of a million and a half Jews in Poland in the western part of Russia, in mass killings in the ghettos, in places where they were born and in the concentration camps.

EM: Your parents defeated incredible odds by surviving a concentration camp during WWII. Five out of 20,000 people escaped the Glembokoye ghetto. What did you learn from your parents about resilience when your father told you his stories?

LM: The Glembokoye ghetto was first turned into a camp about 1941, when walls with wire and wood were put all around the ghetto. The homes that were in the camp were shared homes with as many as twenty or more living in one home. The old people were separated from the young. My father speaks of many Jewish people who met their deaths in local ghettos, in towns and villages in the same barbaric destruction as the well-known concentration camps.

To answer you question about resiliency, I learned in the face of horrible obstacles that you must never give up. I remember hearing how my father urged my mother on, to live on and to fight even after the life of their son was taken. He urged her they had to live to tell their story. I believe his legacy has been passed down to me to be my family’s story-teller.

By now, most people of the WWII generation have heard of the crematoriums of Dachau, Auschwitz and Bergen-Belsen. Yet, it should be known that more Jewish people met their deaths at the hands of the Nazi Gestapo and their “stooges” in the local ghettos, in towns and villages, in the same barbaric destruction as the well known concentration camps. Most of the three million Jewish population of Poland, and a million and a half in the western part of Russia, had been liquidated in mass killings in the ghettos, in places where they were born.

EM: Can you describe the process by which your father passed along his stories to you?

LM: I was born one month after they arrived in this country, so the war was felt deeply within me.

I felt their sense of loss for many years. My parents did not talk openly about what took place. One of my most vivid memories as a very small child was my mother crying her heart out. I asked why she was crying. She told me she missed her family so much.

When we were older, my two brothers and I would request to hear their war stories. My father then decided to write everything down so that we would never forget. Because of his lazy English, I took his words and wrote them so that all could understand his thoughts. I then added my mother’s voice as she didn’t like to talk about their experiences.

EM: How did your parents meet?

LM: Germany declared war on Poland in 1939, and the Russians occupied Glembokoye. My father fell in love with my mother’s heart-shaped face and gray eyes while they were both taking a class on learning to speak Russian. They married young, keeping it a secret. They spent their honeymoon in a cave, with no passports, no money, nothing. They managed to make do and survived until June 22, 1941, when it was announced over the radio that Germany declared war with Russia.

When the Germans started to occupy, they were forced with tens of thousands of others to run for their lives. In Zalman Ber: The True Story of the Man the Nazis Could Not Kill Sol, my father, shares how they lived, how they worked with the Russians, how they fought with the partisans, and how they survived the war. 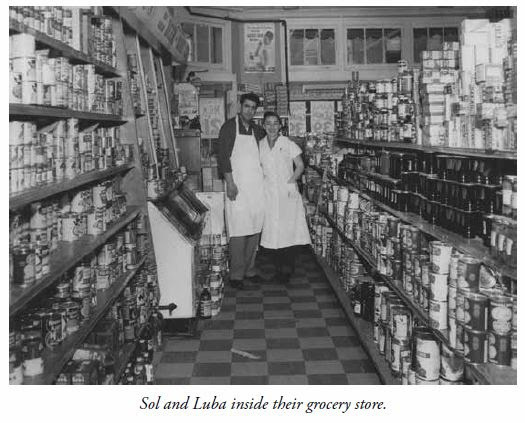 LM: I think it is a disgrace for this country not to let refugees in. It goes against all American principles. I think my parents would be deeply saddened.

Profiling innocent people who are suffering and want a better life, shame on us.

EM: What is the most shocking discovery you’ve learned from your father’s stories?

LM: I grew up with the stories and never could understand how men could be so evil and hateful. What was most amazing for me was to realize how my parents acted so normal and were able to raise a family in a healthy fashion after such horrific events and loss.

EM: How do you think your parents experience shaped their lives in America?

LM: I remember when they both became American citizens. They were proud and happy to be in America. Their trials made them appreciate everything this country has to offer. They became successful and always gave back to the community. Their biggest wish was that the family they lost to the war could be here to enjoy in their success.

EM: How do you think it’s shaped yours?

LM: It shaped who I am in every part of my being. Their experiences have inspired my art, my political views and my desire to educate myself and my children.

EM: As an artist, do you find that your work is inspired by your family’s experience?

LM: I see it in my artwork all the time. Symbols occur in my artwork that I think come to me unconsciously from my family’s history. It’s always with me.

EM: What do you hope readers take away from reading Zalman Ber: The True Story of the Man the Nazis Could Not Kill?

LM: Anti-Semitism and other forms of racism are on the rise. This country is coming from a fear-based premise. When you come from fear you only create more fear and hatred. Blame is put on the innocent because it is easier to blame others. History doesn’t have to repeat itself. We have the ability create our own history using compassion and respect for others.

Find more information at http://www.lisamishler.com/ and read more about Sol and Luba at Zalman Ber: The True Story of the Man the Nazis Could Not Kill.

View all posts by elizabethannemartins